The melting of the Greenland ice sheet could lead to a sea level rise of 18 cm in 2100! 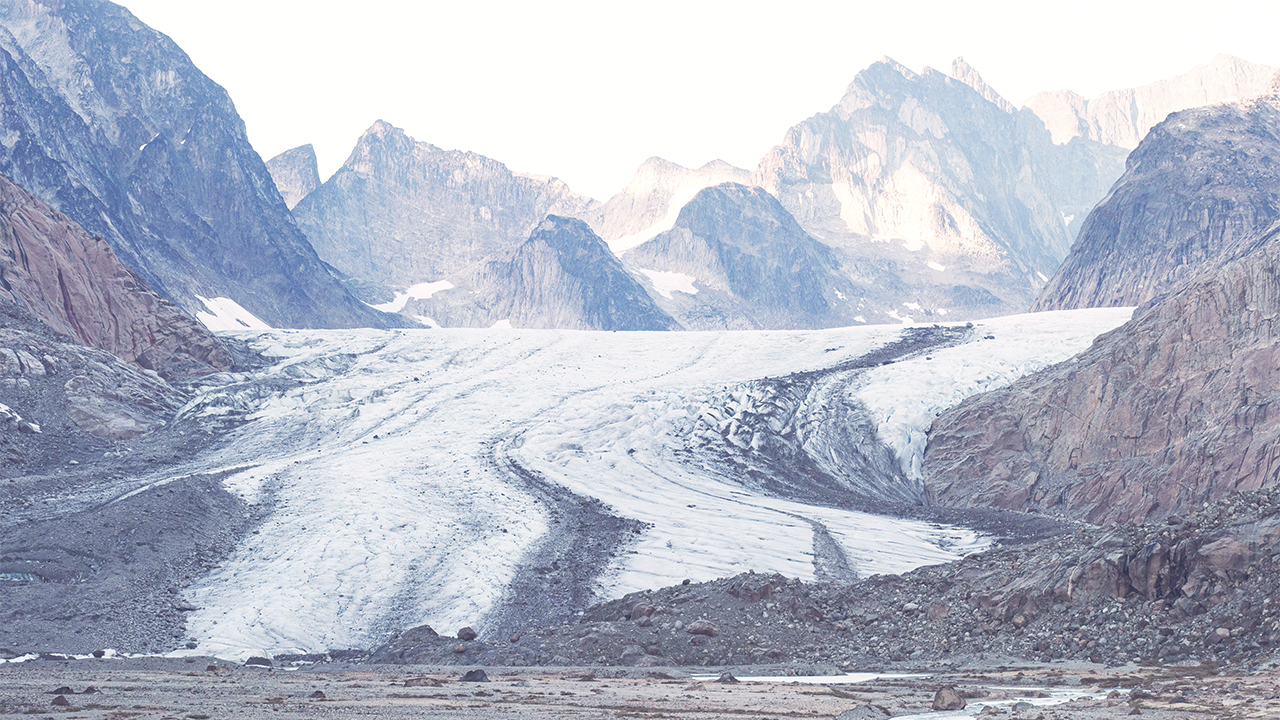 A new study, headed by researchers from the ULiège Laboratory of Climatology, applying the latest climate models, of which the MAR - developed at ULiège - predicts a 60% greater melting of the Greenland ice sheet than previously predicted. Data that will be included in the next IPCC report. This study has been published in Nature Communications.

he Greenland ice sheet, the second largest after the Antarctic’s, covers an area of 1.7 million square kilometres. Its total melting could lead to a significant rise in ocean levels, up to 7 metres. Although we are not there yet, the previous scenarios predicted by climate models have just been revised upwards, predicting a rise in sea levels of up to 18 cm by 2100 (compared to the 10 cm announced previously) just because of the increase in surface melting. Within the framework of the next IPCC report (AR6) which will appear in 2022, the ULiège Laboratory of climatology has been led to apply, within the framework of the ISMIP6 project, the MAR climate model which it is developing to downscale the old and new IPCC scenarios. The results obtained showed that for the same evolution of greenhouse gas concentrations till 2100, these new scenarios predict a 60% greater surface melting of the Greenland ice cap than previously estimated for the previous IPCC report (AR5, 2013).

ULiège's MAR model was the first to demonstrate that the Greenland ice sheet would melt further with a warming of the Arctic in summer. While our MAR model suggested that in 2100 the surface melting of the Greenland ice sheet would contribute to a rise in the oceans of around ten centimetres in the worst-case scenario (i.e. if we do not change our habits)," explains Stefan Hofer, post-doc researcher at the ULiège Laboratory of Climatology, "our new projections now suggest a rise of 18 cm". As the new IPCC scenarios are based on models whose physics have been improved - in particular by incorporating a better representation of cloudiness - and whose spatial resolution has been increased, these new projections should in theory be more robust and reliable.

The team of the Laboratory of Climatology (Research Unit SPHERES / Faculty of Sciences) was the first to downscale these scenarios on the Greenland ice cap. "It would now be interesting, says Xavier Fettweis, FNRS Research associate and director of the Laboratory, to analyse how these future projections are sensitive to the MAR model that we are developing by downscalling these scenarios with other models than MAR as we have done on the present climate (GrSMBMIP)". This study will be carried out within the framework of the European project PROTECT (H2020) in which ULiège participates. The objective of this project is to assess and project changes in the terrestrial cryosphere, with fully quantified uncertainties, in order to produce robust global, regional and local projections of sea level rise over a range of time scales.

The data collected as part of the Katabata project - a project to measure the potential of katabatic winds in South Greenland - launched last September by Xavier Fettweis and Damien Ernst (Montefiore/School of Engineering), will also help to refine the models, particularly the wind modelling in the MAR climate model. "Knowing that the wind influences the melting of the ice sheet, it is important to have the most reliable models possible, concludes Xavier Fettweis.”

Evolution of the surface mass balance (snowfall - melting) with the old (above) and new (below) scenarios. The blue colour indicates a mass loss in mm/year (e.g. 800 mm/year ~ the amount of rain in Brussels).